Hanami can be just a stroll in the park, but it traditionally means a picnic party under the blooming trees. 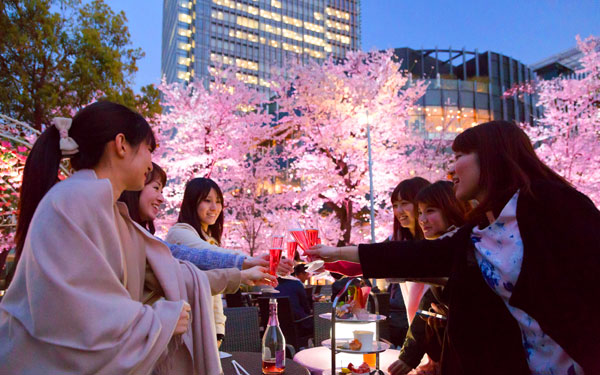 Cherry blossom is special flower for Japanese people.
It tells us the end of the long cruel winter at last and the start of the gentle warm spring.

In Japan, the school year starts in April, and usually entrance ceremonies are held early in the month.
Even after graduation, April still to be a good chance to start new things for many people.
Cherry blossoms, which bloom around this time of the year, give grace to this new occasion. 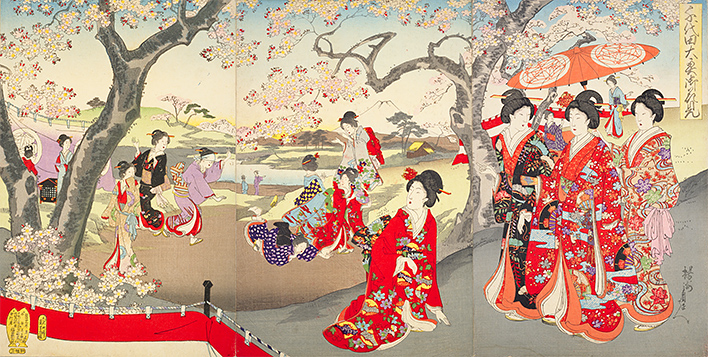 The custom of hanami dates back many centuries.

Also, Japanese love cherry blossoms not only because they are beautiful but also because they only bloom for a extremely short period just around a week.

This also means that once the flower bloom, all people gather to cherry blossom places at once and the places get to be so crowded.

Some friends of mine from overseas feel how cherry blossom special to Japanese and react like,
” I also love flowers but we don’t have this kind of flower viewing party in my countries. Japanese people are usually quiet and serious, so I was surprised to see them drinking and having fun outdoors until late during Hanami.”

Next, we’ll show you some popular Hanami spot in Japan!